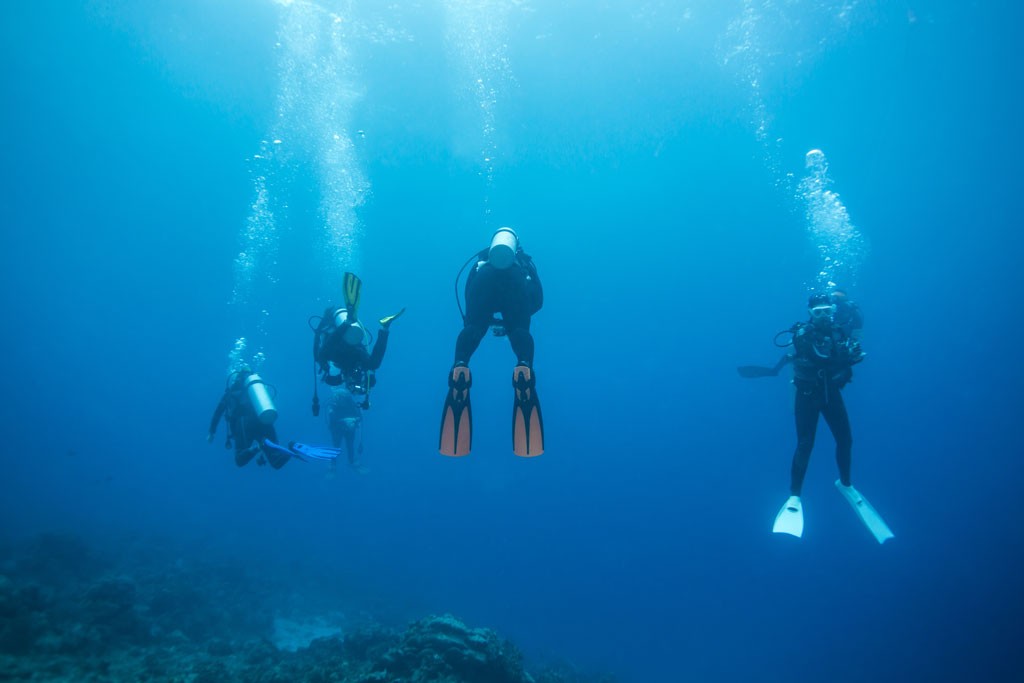 Dr. Schochet’s interest in diving has led him to assisting young divers with asthma. He understands that divers with asthma are more prone to diving mishaps. This is why it is important for asthmatics to have their medication regimen evaluated and have physical exams prior to going on diving trips. Although he doesn’t treat diving illness, he is an advocate for preventing diving illness in young asthmatics.

Diving medicine, also called undersea and hyperbaric medicine (UHB), involves diagnosing and treating SCUBA diving illnesses and injuries to the respiratory system including decompression sickness, barotrauma, arterial gas embolism, and pneumothorax. Because SCUBA diving is such a rapidly growing sport, with diving certifications tripling worldwide in the last 20 years, the need for quality diving medicine has similarly increased. The ability to recognize, diagnose and treat diving injuries and illnesses is key to a prompt and successful recovery after a diving injury.

Common SCUBA-related illnesses or injuries include:

Ear and sinus barotrauma are common injuries for divers that can be debilitating. Barotrauma occurs when the body is unable to equalize pressure within a gas-filled area, such as the middle ear. Ambient pressure changes during ascent and descent, and the difference in pressure can result in damage to body tissues. Types of barotrauma include:

Depending on the type of barotrauma being experienced, treatment may involve: 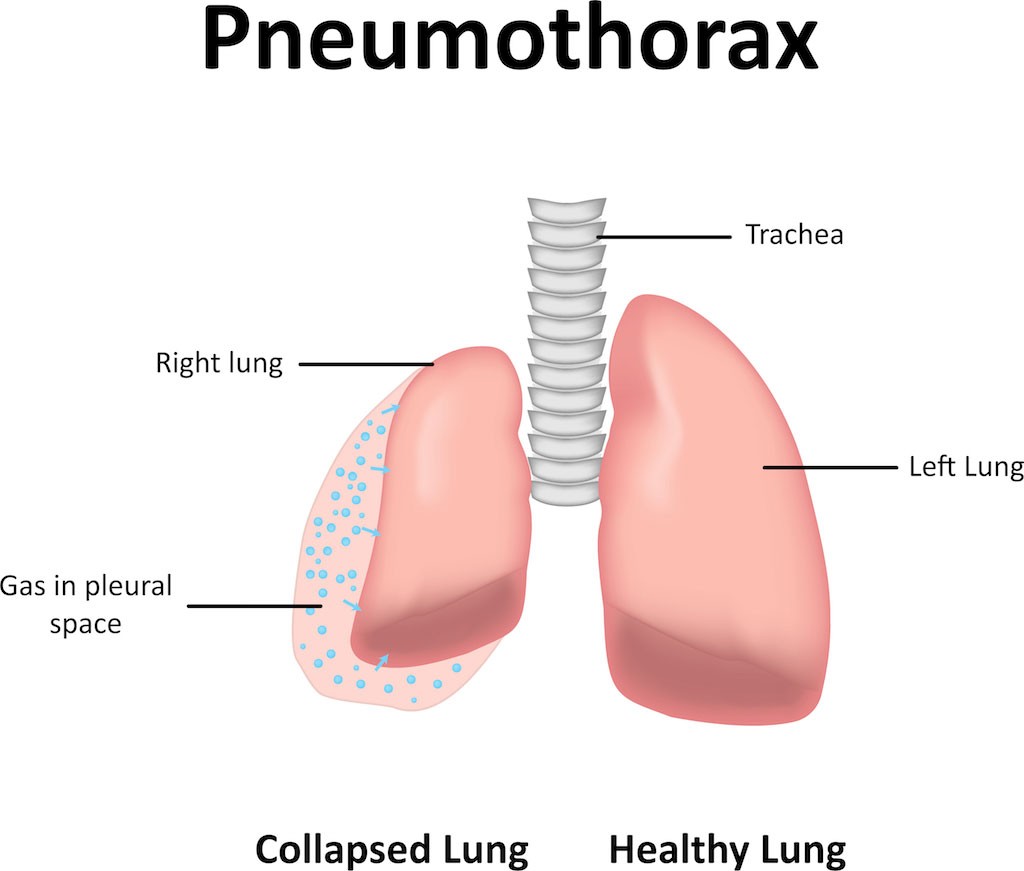 Pulmonary barotrauma can occur when a diver holds his breath during ascent (when ambient pressure reduces). If the compressed air inside the lungs is not allowed to escape, gas inside the lungs can expand and rupture the alveoli (sacs inside the lungs which allow carbon dioxide and oxygen to move into the bloodstream). The air escaping from the alveoli enters the surrounding tissues and can cause:

While approximately 4-7% of active divers have asthma, precautions should be taken when a diver is asthmatic. Pulmonary obstruction, hyperinflation, and air trapping, which can occur during an asthma attack, could place a diver at risk for pulmonary barotrauma. Recent studies, however, show that asthmatic divers who show normal lung function have little to no additional risk. A diver should not dive if experiencing asthmatic symptoms, such as:

If you have permanent lung damage from asthma or chronic emphysema, you should not scuba dive. 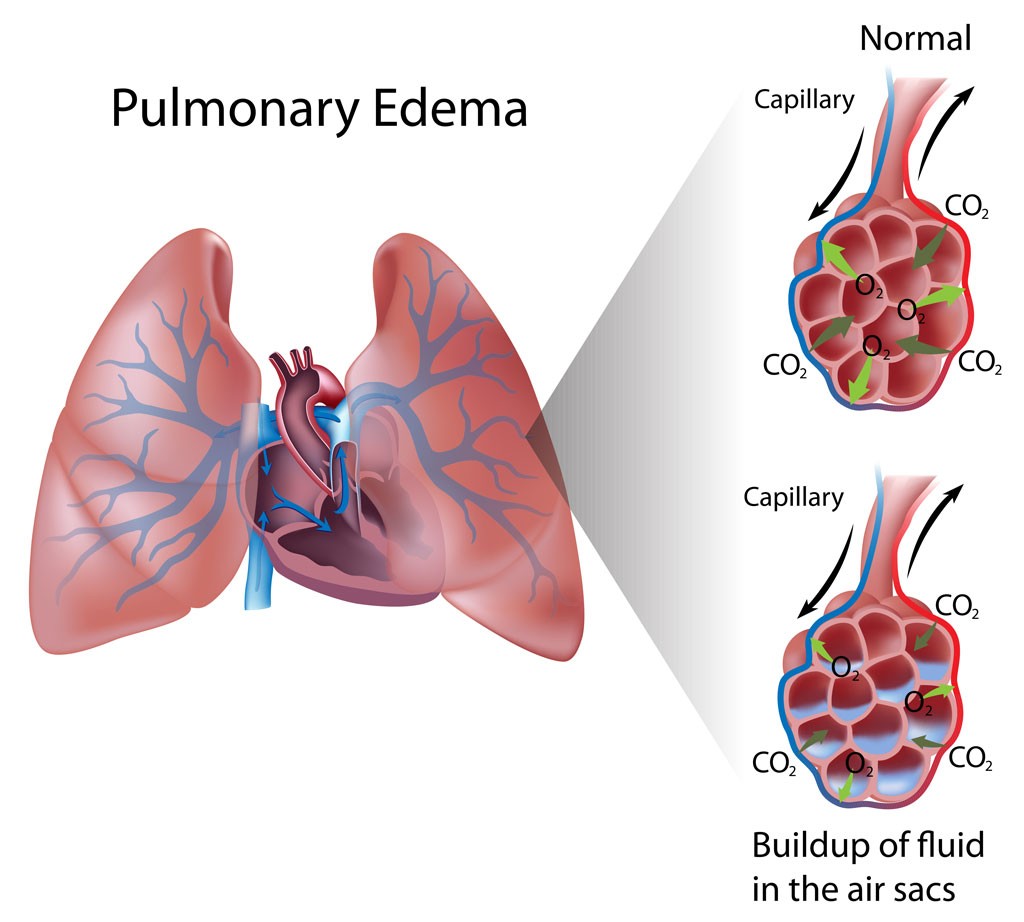 Pulmonary edema occurs when fluid accumulates in the lungs and impairs oxygen flow to the blood. Pulmonary edema is characterized by sudden shortness of breath, coughing, and a drowning feeling. When an occurrence happens during diving, it is called immersion pulmonary edema (IPE). IPE can happen to anyone and its exact cause is unknown. Possible causes include:

Divers who experience IPE may cough up frothy, pink sputum. IPE can be treated with 100% oxygen and a diuretic medication, and in most cases, has no residual effects. Health should be normal before diving is resumed.

Decompression illness can occur when the body is surrounded by a reduction in ambient pressure, such as when ascending from a dive. The two types of DCI are:

Risk factors for DCI include:

Decompression sickness, which is also referred to as the bends or caisson disease, arises when inadequate decompression follows increased pressure exposure. A diver’s body absorbs nitrogen and other gases, which can form bubbles when pressure is reduced quickly. Mild cases of DCS involve bubbles near or in the joints and cause the pain associated with the bends. More severe cases occur when a large amount of bubbles enter the venous bloodstream causing complex reactions in the body. DCS can be categorized as Type I or Type II.

Type I DCS has no neurologic or systemic symptoms, but rather presents musculoskeletal symptoms, such as:

Inner ear decompression sickness (IEDCS) is a Type II DCS associated with saturation dives. IEDCS, also known as the staggers, may be a result of bubbles forming in the semicircular canals. Symptoms may present as:

Decompression sickness is not a common occurrence (2-3 times per 10,000 dives) and usually becomes evident within 1-6 hours of a dive. Treatment for DCS requires recompression therapy in a special recompression chamber as quickly as possible.

Arterial gas embolism is a serious form of decompression illness in which the respiratory gases expand, typically during ascent. These gas bubbles enter the bloodstream and interrupt circulation. AGE can be caused by:

Symptoms of AGE are:

Both AGE and DCS can present with only mild symptoms that may resolve on their own, however both forms of DCI can cause residual damage to vital organs. If you have been diving and experience symptoms of diving illness, you should see your doctor even if symptoms have subsided.

Severe diving accidents require recompressing divers in a recompression chamber. The goal of recompression therapy is to prevent both further and permanent injuries caused by DCI.

Dr. Schochet cautions parents on SCUBA diving lessons for children. If a child over the age of 10 is physically, mentally and emotionally able to handle the skills and understand the knowledge needed to scuba dive and wants to learn, he or she should be able to get certified. A good way to determine if your child is ready for scuba diving in open water is to enroll them in junior scuba diver course that comes with restrictions. The minimum age is 10 years old (in most areas). Student divers who are younger than 15 earn the PADI Junior Open Water Diver certification, which they may upgrade to PADI Open Water Diver certification upon reaching 15.

For more information about evaluating and educating young divers with asthma please submit an online appointment request or contact the office of Dr. Peter Schochet and Dr. Hauw Lie.

About Pediatric Pulmonologists: Pediatric pulmonologists Dr. Peter Schochet and Dr. Hauw Lie, are dedicated to the care of infants, children and adolescents with acute or chronic respiratory disorders. Our highly knowledgeable staff provides evidence based medical care to patients from the Plano area and throughout North Texas. Our practice has a … END_OF_DOCUMENT_TOKEN_TO_BE_REPLACED

Dr. Schochet's interest in diving has led him to assisting young divers with asthma. He understands that divers with asthma are more prone to diving mishaps. This is why it is important for asthmatics to have their medication regimen evaluated and have physical exams prior to going on diving trips. Although he doesn't treat diving illness, he is an … END_OF_DOCUMENT_TOKEN_TO_BE_REPLACED

The prevalence of pediatric asthma has leveled off except amongst the poor children.  The overall … END_OF_DOCUMENT_TOKEN_TO_BE_REPLACED