Asthma can affect people of any age group, but it typically starts during early childhood. More than 25 million people in the United States suffer from asthma and nearly 7 million of them are children. Dr. Peter Schochet and Dr. Hauw Lie are pediatric asthma doctors nearby in Plano, Texas.

Asthma in children is a chronic inflammatory disorder of the airways in which many cells and factors contribute airway obstruction. It is defined by recurrent episodes of coughing, wheezing, chest tightness or shortness of breath, which improves with medicines such as bronchodilators and/or steroids. The hallmark of asthma is inflammation, which causes swelling in the airways and constriction of the airway smooth muscle making it difficult for air to move in and out of the lungs. There is often increased mucus production resulting in blockage of the airways. This airflow obstruction is widespread, variable and often reversible. It is often triggered by exposure to irritants or allergens. Patients often have family history or allergic rhinitis or asthma.
There is considerable variability in childhood asthma. Some children have mild or infrequent asthma symptoms that can interfere with activity and sports while other children have dangerous, life-threatening asthma attacks. Asthma has no cure and even when symptoms are not present, most often the inflammation causing the disease is present. Managing the disease is key giving a child a normal healthy life. 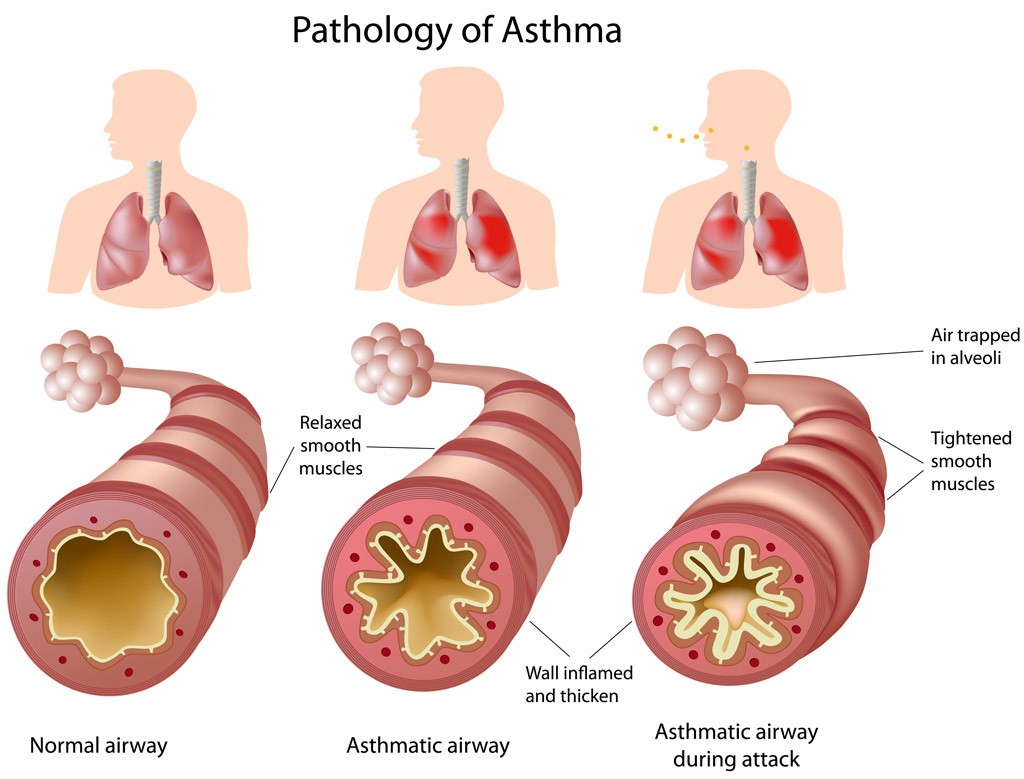 Causes, Triggers and Risk Factors for Asthma in Children

Typically, episodes of asthma are brought on by exposure to certain triggers. Triggers can be different for each child. It can also be very difficult to pinpoint triggers because reactions can be delayed and asthma attacks can occur without exposure to a trigger.

Triggers of childhood asthma include:

Risk factors associated with asthma in children include: 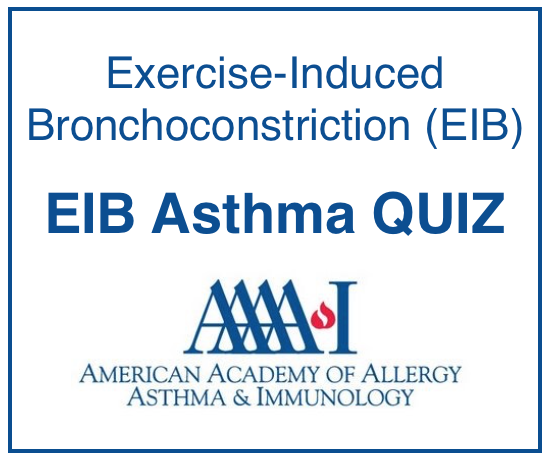 Symptoms of Asthma in Children

Symptoms of asthma in children include wheezing, shortness of breath, cough, and chest tightness.
If your child has the following it is more likely he/she has asthma

If your child has the following it is less likely he/she has asthma as the cause:

Asthma Symptoms that Require You to Seek Medical Attention

Symptoms of asthma attacks can quickly progress. Seek medical attention immediately if a child has any of the following symptoms:

Diagnosing asthma can be difficult especially in very young children. It will be important to give the pediatric pulmonologist a detailed family history and description of all of your child’s symptoms. Regular or persistent cough can be common in other common conditions such as sinus infection (sinusitis), runny nose with post nasal drip (allergic or non-allergic rhinitis), upper or lower respiratory tract infections, or even an inhaled foreign body (such as a seed, nut or small toy. Physical examination in children with asthma is often normal. The most frequent finding is wheezing on auscultation (listening with a stethoscope), especially on forced expiration. Wheezing may be absent during severe asthma exacerbations (‘silent chest’). The diagnosis of asthma should be based on a history of a pattern of symptoms and when possible evidence of abnormal pulmonary function.

Your child will be asked to perform a lung function test know as pulmonary function testing (PFT). By breathing into a tube attached to a machine called a spirometer, the amount and flow of air inhaled and exhaled can be measured.  The values obtained can be compared to normal values obtain from children the same height, gender and age. The pulmonary function test is designed to measure forced vital capacity (FVC), which is the largest amount of air that can be exhaled after inhaling as deeply as possibly, and forced expiratory volume (FEV-1) which is the amount of air that can be forced from the lungs in one second. These measurements are used to assess lung function and identify abnormal lung function. The measurements obtained may identify obstructive or restrictive lung function. The test is completely painless and generates instant results that can be interpreted by the pediatric pulmonologist and staff. Often the test will be done at rest, after activity or exercise, and, possibly, after taking inhaled medication. This test is typically only performed in children 6 years and older due to inaccurate results and lack of cooperation in very young children. It may be more difficult to confirm the diagnosis after asthma treatment has been started, as anti-asthma medications will affect lung function and airway reversibility. Demonstration of airway obstruction with reversibility is consider the “gold standard” in the diagnosis of asthma, however our doctors may use other means in deciding whether a child has asthma or not.

With proper treatment, asthma symptoms can be controlled for most children and damage to growing lungs can be prevented. Read more about asthma treatment in children.

The goal of treating a child should be to control the asthma and the symptoms that it causes.  This is often accomplished through the use of asthma “controller” medications. A key component of treatment should be having an action plan. Pediatric pulmonologists, Dr. Peter Schochet and Dr. Hauw Lie, will help you develop a plan for your child. For more information about pediatric respiratory disease please submit an online appointment request or contact the office of Dr. Peter Schochet and Dr. Hauw Lie.

About Pediatric Pulmonologists: Pediatric pulmonologists Dr. Peter Schochet and Dr. Hauw Lie, are dedicated to the care of infants, children and adolescents with acute or chronic respiratory disorders. Our highly knowledgeable staff provides evidence based medical care to patients from the Plano area and throughout North Texas. Our practice has a … END_OF_DOCUMENT_TOKEN_TO_BE_REPLACED

Dr. Schochet's interest in diving has led him to assisting young divers with asthma. He understands that divers with asthma are more prone to diving mishaps. This is why it is important for asthmatics to have their medication regimen evaluated and have physical exams prior to going on diving trips. Although he doesn't treat diving illness, he is an … END_OF_DOCUMENT_TOKEN_TO_BE_REPLACED

The prevalence of pediatric asthma has leveled off except amongst the poor children.  The overall … END_OF_DOCUMENT_TOKEN_TO_BE_REPLACED